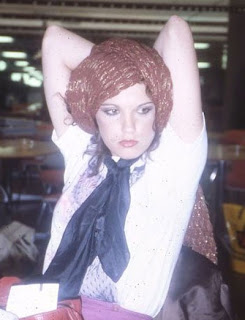 Martha Davies of 'The Motels'
I have been obsessed with 'The Motels' song Total Control for too many years now. There is a restraint about that song which creates a palpable tension. The lyrics are obsessive in the best kind of way and the mood projected by the vocal suggests that the protaganist is about to shatter into pieces, melt away and drag you down too. The target of the singer's obsession is a a victim of a reckless passion. The music is like a juggernaut driving the tale onwards, suggesting an inevitability and a less than happy ending.

Obsessed. Obsessive. Obsession. I used all those words in one paragraph...

The idea you can possess someone is at once exciting and terrifying. And ancient.

I loved it when Morrissey sung I won't share you.  I knew exactly what he meant.

Mono was written a while ago now. It is about possession and indecision. And wanting to own people. This version was recorded with Richard Wise. He wrote (and sung) an additional verse. The original song only had one verse and then the long drawn out ending. I always thought it embodied longing. I began to adlib over it by the time the song was being played live with 'Chopper'.

I would sell my soul for total control.

Carry On was penned more recently. It was late one winter night, I was sitting in the warmest room in the house and it was still freezing. I remember Helen was on the phone while I wrote it. It was a long call and by the time she hung up the phone, I had finished the song.

While Mono shares the theme of obsession with Total Control, Carry On was totally inspired by the music. I chugged away on the acoustic guitar and when I thought I had something I put it straight down on to my 8 track. Everything except the vocals is first take. All guitar lines were improvised. I cannot remember for the life of me what I was doing. Then, acknowledging Mono as her sister song, I dropped the melody from Mono's refrain into the chorus of Carry On. Siblings born almost 10 years apart.

This version of Mono was recorded by Richard Wise in his practice room. He played drums and Jared Schulz played bass.

Mono
(Words by Andrew Savage additional verse by Richard Wise. Music by Savage, Schulz, Franich and Wise)
I want to go out
I'd rather stay at home
I want to have friends
I'd rather be alone
I'm wanting to tell
I want you to hear
Let's be honest
I'm wanting to keep you
It's not your fault
But you know it.
Carry On (8-track demo)
(Words & music by Andrew Savage)
I've been away
I've been away
Too long
You're telling me right
You're telling me right
That I'm wrong
Carry on
The pages you write
The things that bring light
Are gone
I'm scared of the light
Maybe you've got it wrong
Carry on
Post script:﻿ 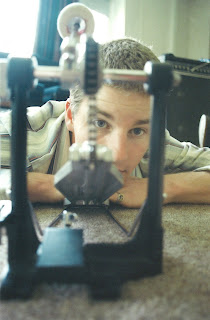 Leon Schulz
Trawling through all the old demo recordings I have for this blog has triggered a lot of memories.

I have played music with lots of different people, but I would like to take this moment to pay particular tribute to Leon Schulz. He taught me how to play the electric guitar and made me sing in the bands we formed. He encouraged me to write songs. Then he tore them apart and made them better. Even now, every time I finish a song I still think, "would Leon like this?"
If you're reading this, thank you...In a strange way, you are still part of the process.
Posted by Andrew Savage at 7:24 PM