Walking with the Dead

I love the idea of a repetitive guitar line that develops an almost hypnotic quality and is underpinned by a moving bass line. The bass guitar drives the melody and the guitar and floats around it luring you in. This song was inspired by a melody that I thought I had ripped off a Bailter Space number, although I can't quite place which one. Any ideas? I love the feel of this song, but think perhaps there could be one more thing...although now that Mark Henderwood is playing violin in it, the chorus really soars. Sadly, I don't have a recording of that version. 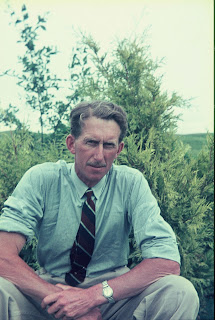 Michael Desmond Spiers﻿
When I wrote this song my grandfather had just been buried. He was a giant of a man and his shadow loomed large over the family. His stories and myths are part of our common vernacular. His voice and presence imprinted on us all. When we buried him it rained so hard that the hole that had been dug was beginning to fill. As the wind whipped around us and we lowered his casket I felt it was fitting for a man of such contradictions. 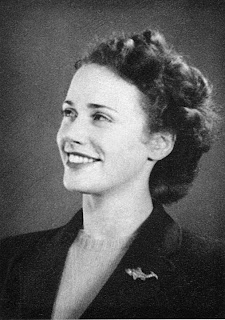 Kathleen Muriel Evelyn Spiers (nee Mitchell)
My Nana died more recently, and while she had developed dementia in her old age, her spirit remained unbroken. She turned me on to words and literature. She made me love history. She taught me that reading just one book on a subject wasn't enough. Her burial wasn't as dramatic as Pop's, but in their passing we lost two remarkable people. I hope in some way, I can keep them alive in my songs. This one is for them...


Walking with the Dead (Live Dec 2010 w/ The Dickens)
This was the debut performance of this song. In fact, we had only played it together at one rehearsal before this gig.
Walking with the Dead (original rough 8 track demo - every track first take)
This is another vocal recorded after the kids had gone to bed. I'm almost mumbling I am so scared of waking them up...
Walking with the Dead
(Words & Music: Andrew Savage w/ Adams, King, Henderwood and Rhoades)
I was watching, you were talking in your sleep
Your eyes, never closing
You said,
"There's a dollar, and a demon in her bed"
You're a liar
You know you're not welcome here
You've been walking with the dead
So you rain, down on us
We're still here
If you are a father, then where are the children?
And I wish you were still here
I wish you were still here
You've walking with the dead
All you ever wanted means forever
Things like this don't go together.
Posted by Andrew Savage at 8:32 PM