When you're a boy (Cured)

It is time to release the bats. Deep in my archives I have come across some footage of my first real band. We were called 'The Enormous Crocodiles'.

This footage comes direct from Rotorua in the early 1990s. We were all underage (I was 15 years old if my memory is correct), and were lucky enough to have scored a support slot with 'The Exponents'. This song celebrates all that is good and bad about teenage bands. Overthought arrangements, desperate angsty lyrics, bad hair etc.

I remember this night we had discussed what clothes to wear. By day we wore the 1990s opshop uniform: paisley shirts, cardigans, corduroy jackets, and Doc Marten boots. We had seen the video for the single Helpless by 'Sugar' (more on Bob Mould another time) and decided that we should take a few fashion tips from them. The reality was, we didn't want to be targeted for being different in a club notorious for not tolerating those 'alternative types'. We figured that wearing similar cut t-shirts would make us look 'less gay'. That was the idea anyway. Looking at the footage now, it seems like strange logic indeed.

I hope you enjoy this clip. It is a testament to the naivety of youth. We were sure we were going to be the next U2...turns out we weren't. 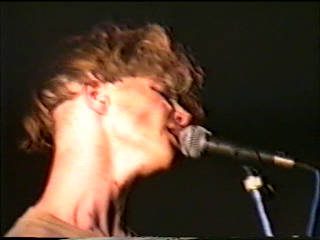 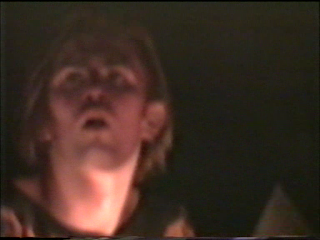 On drums is our old friend Steven Field. 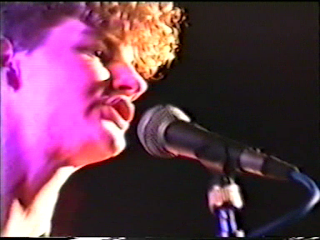 Playing the guitar is Leon Schulz.
Cured (Live at Ace of Clubs)﻿
(Words: Andrew Savage. Music: Schulz, Savage & Field)
The time has come to put away
All your thoughts of yesterday
Feel the silence
Touch the noise
Lounge in all your useless toys
Feel the rights that have no wrong
Stop singing someone else's song
Asking questions
Asking how
Stop thinking about yesterday
Think about now.
Note: Some of you following on email have indicated that you do not receive the ﻿the songs and videos when the updates are sent out. Just click on the title of the post (it is probably blue) and it will take you to the page where the songs and videos are playable.
Posted by Andrew Savage at 9:36 PM