The Man in Black and the road to Damascus (Hey Paul)


It is skirting close to cliche these days to love Johnny Cash. But I am comfortable with that. While it is his music that keeps me coming back, I find myself equally fascinated with his complicated relationship with spirituality and religion.

In fact, some of my favourite of his tracks are the gospel ones. They seem to ache with hope and anguish in equal doses. Sometimes they verge on the ridiculous (The Greatest Cowboy of Them All), sometimes they are apocalyptic (When the Man Comes Around), sometimes they are downright terrifying (God's Gonna Cut You Down), and others are steeped in tradition (I'll Fly Away). No matter what, the thing that catches me is the authenticity and honesty that he brings to the performance. It disarms me every time.

It is irrelevant whether the listener shares his faith or not.

This is because Johnny manages to remain remarkably human when dealing with the divine. 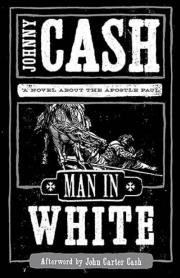 My father bought me Johnny Cash's book "The Man in White" which retells the story of the apostle Paul and his experience on the road to Damascus through the eyes of the Man in Black. As the story goes, Paul (who was at the time called Saul) had made it his life mission to persecute and kill Christians. On his way to Damascus, he was struck from his horse and blinded by Jesus who asked him, "Why do you persecute me?". Well, Saul changed his name to Paul and became an advocate instead.

In the "Man in White", Johnny identifies himself with Paul. The blurb of the book sums up the connection:


Johnny Cash. The Apostle Paul.
Passionate. Controversial.
Fiery. Destructive. Redeemed.
Johnny sees the human side of Paul. Celebrates his weakness and shares in his victories. I like how Johnny grounds this story in a human experience, and connects it to his own.
While Paul's letters have never been my favourite part of the New Testament, I can't help but feel jealous of him and Johnny. They have complete certainty of purpose. Absolute conviction.

﻿
This quality is scary in the hands of the wrong people, but can become admirable in those have perception, tolerance and a genuine sense of direction. The problem is that the ideas too often turn sour, the plans go astray, the attention span wanes, the vision is inevitably diluted by the passing of time, the conviction shattered by doubts, and the person makes themself more important than the purpose.

I'm happier treading water in the mystery these days, but every now and then, I catch a glimpse of Johnny and Paul's certainty and wonder.

This song is a my own letter to Paul. The first version is a live recording of 'The Dickens' in May 2010. The second clip is of 'Savage Adams'. My band mate and collaborator Dan Adams wrote an extra verse to this song (which he sings at the beginning), and played a crucial role in arrangement.