Just outside of Budapest is the 'communist cemetery'. Scattered around a open field is a collection of statues and sculptures from the communist era. It is a haunting place. It testifies to the idealism, aspirations and ultimately, the failures of communism in Europe. Maybe songs are like statues and sculptures. Once they are recorded, they become inescapable reminders of the past. Ideas, aspirations, victories, defeats, successes, failures (we could go on).

The truth is, that only a tiny number of those songs ever make it past the practice room. It seems that the triage proccess begins very quickly. In a band situation the variables that dictate this are endless. It could be that the song is too long, too short, too unfocused, too self indulgent, too cheesy, too boring, too angsty, too obvious, not obvious enough, too complicated, too simple, too egotistical, too depressing, too happy.

I absolutely admire people who have the courage to share their ideas with others and are prepared for the (good) chance that the ideas will not fly. If there is one thing I have learned, you need to know when to let an idea go. 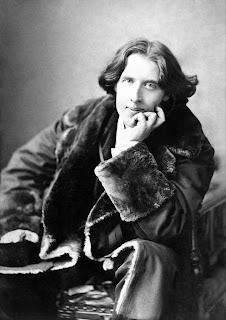 Oscar Wilde said, "An idea that is not dangerous is unworthy of being called an idea at all." Now, Oscar was always prone to exaggeration, but the essence has resonance. Half the danger is in even sharing the idea though.

I have a huge collection of songs that are currently populating my own 'song cemetery'. Sometimes I visit and leave flowers or lay a wreath.  Sometimes I wonder what could have been. Sometimes I'm glad they are dead.

This post is titled 'Song Cemetery I'. It will be the first of my cemetery tours. I will be guiding you through the dead and buried ideas. Some lived long lives and are now laid to rest. Others were lost before their time. Some were stillborn.

The first stop on this tour is a song called 'Everything I Ever Wanted'. I really like the intro. But after a minute, I am ready to let it rest. It flatlines. It is aimless. It had no future. Forgive me.