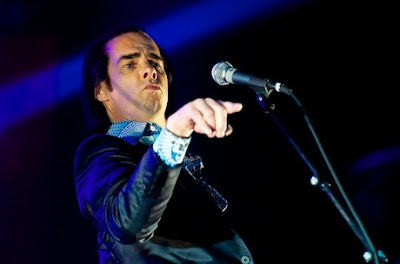 I saw Grinderman in London last week and felt absolutely schooled. They were shockingly loud and absolutely brilliant.

Kitchenette was my favourite.

It was enough to make you want to give up. It was so good.

I haven't thought much about what I want to say this week. In some ways, I just wanted to say hello again. Let you know I have not forgotten about you and can't wait to get back into it. Having been away for alwost three weeks in Europe with my students was pretty taxing. My brain feels a little numb. So this week I will post a song that I made in a daze not unlike the one I am in now.

It is called Closer and was improvised over a couple of hours. The lyrics are stream of consciousness except for the line 'the closer I get, the further away I feel'. I think I took it from something Michael Stipe said on a concert film made during the Green tour.

The song needs a lot of rearranging, but I think it could get there if I finalised the words and the structure.

I quite like the harp sounding guitar...if only I could remember how to do it.

Jet lag is calling me to bed. Goodnight all.


Closer
(Words and music: Andrew Savage)
The closer I get, the further away I feel.
Posted by Andrew Savage at 7:03 PM