Cheese on toast...but I like it (Does She Want to Know) 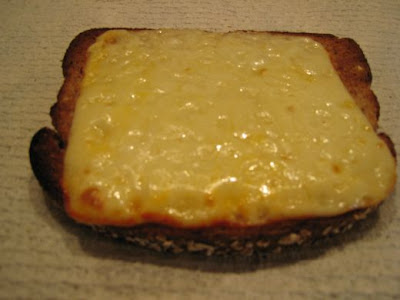 Everyone loves cheese on toast. Even if you have tried to run from the golden goodness on crusty bread, you will one day return - like the prodigal son - to that hallowed staple.

Unless you are a vegan that is (hi Shannon). But we shan't include that particular cult in our discussion today.

There are unlimited varieties and combinations for cheese on toast. Different cheeses, different breads, different additional toppings. But it's all cheese in the end. And we love it.

Why is this relevant? Well, it is a very tenuous justification. But just as we all love cheese on toast, deep down we all love pop music. That's right. Stop lying to yourself.


I can't help but be seduced by a killer chorus or a hook. And sometimes I spend so much energy and effort resisting it. Why? I blame "Grunge". When I was a teenager, it was credibility suicide to admit you liked pop music. I had to keep my Kylie and George Michael cassette tapes safey hidden deep in the wardrobe.

Now, I'm not saying that they held a candle to those artists who truely moved me. But they had a place, and I wish I had celebrated it.

This song is called "Does She Want To Know". It is absolutely, unashamedly my version of a pop song. It was directly inspired by listening to the fiercely underrated band 'James'.

'James' are amazing. Great big chord progressions. shamelessly emotional and emotive lyrics, beautiful melodies. If they asked me to join I would (however, if Nick Cave wanted me to be a Bad Seed, or if Bruce Springsteen or Bob Mould called me up, I wouldn't say no either)


Does She Want To Know is a celebration of cheese. I am drowning in it in this one.

Check out this lyric:

Does she want to know about love ...ha ha. I can't believe I actually wrote that. But I'm going to wear it like a Verboom badge.

Enjoy this with your favourite topping.

Does She Want To Know (8 track demo)
(Words and music: Andrew Savage)
Our time
Is short
I am driven like the hail
Give me a warning
Let us know
how to fail

Does she want to know?
about love

Does she want to know?