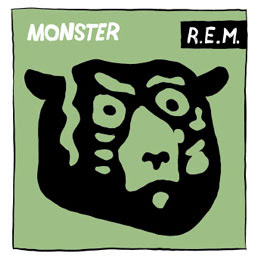 When REM put out the album Monster I think I may have been the only person I knew who actually liked it. Was it out of loyalty to a band that had traveled through High School with me?

I really loved REM when I was at school. Life's Rich Pageant was one of my favourite records. We covered 'The One I Love' in our school band. I thought Murmer was beautiful. 'Perfect Circle' was a constant player on my tape deck. Stunning song.

I actually still think there are at least 4 great songs on Monster although it is safe to say that it was not the best record they have released. 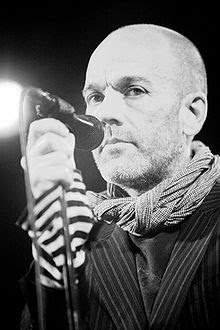 Whatever you think of Monster, it had a reasonable resonance on me. I liked how they were not afraid to discard all the elements that had made them superstars to try something different. There is a song called 'King of Comedy' on Monster which I always found curious. I never really loved the song, but I liked how Michael Stipe tried doing different things with his vocals. 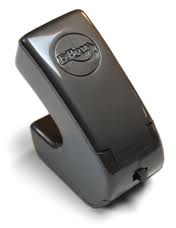 'I've Got You Like a Fever' is me trying to change the way I sing. It is also my attempt at learning how to use an e-bow. So, the song itself is more of a 'learning curve' than a piece I feel is in anyway complete. Part of the song-writing process is attempting new things and learning the limitations of what you can do. So, this song is about limitations and trying to break them.

I think I wrote it sometime in 2009. I have never shown it to anyone until now. The song picks up again on the theme of being haunted. I mumbled through the lyrics which were written on an old envelope in pencil.