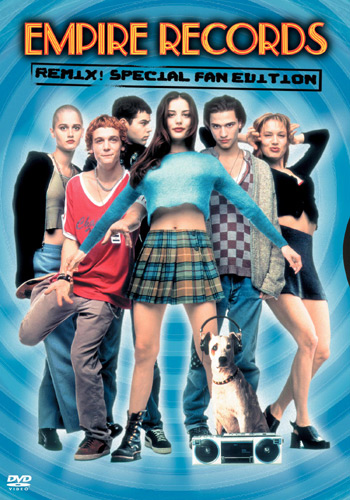 For a long time I worked in music retail. First, I can vouch for this truth. It was nothing like the movie Empire Records. We actually used to have people coming in asking for jobs because that is how they though it would be. Unfotrunately, I didn't work with a perfect cross section of musical tastes and current fashion. It was nothing like this:

The best thing about it was access to new music. Something that I don't have on tap anymore. The problem with working in a music store was that you had to play music that would not be too challenging for the customer browsing to deal with. That meant two thirds of my favourites were not appropriate. To make it worse, in some places I worked there were absolute rules about what would be played during different hours of the day. I therefore hated the lunch rush. The rules then were "chart music only". Cue Ricky Martin and audio suicide. Sometimes I would try and sneak in Nick Cave or Patti Smith only to have the manager rush out, tell me off publicly and repace it with Back Streeet Boys or Mariah Carey. It wasn't that those groups were intolerable in short bursts, but regular rotation was challenging...to say the least.

Every now and then, you would discover a record that you could play at lunch time which would also become an all time favourite. 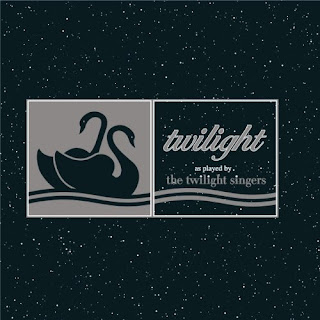 For me, one of the best was Twilight as played by the Twilight Singers. Beautiful songs, great cover art. Total package.

I have music retail to thatnk for that one.

This song is called Just a Face. I wanted to write something that I would have played at lunchtime. Something not offensive, a bit hypnotic, understated. A desert road song.

It is no more than two hours work last Sunday. I came up with a little guitar cycle and decided I didn't want to change chord until I had to. This is the result. A Sunday morning song that will be forgotten in a month, but brought me a little joy while I made it. Take this as is it is. Nothing more, nothing less.


Just a Face (demo)
(Words and music by Andrew Savage)
If you want to fall then let me know
a dream to weave and breathe and leave in tow
You may have a voice
to shatter time
You may have a mouth that tastes like wine
You're just a face
You may have the waist
worn like a crime
it soothes the edges
Supples the vines
You own the room
It moves with your will
Hanging on your wrists
We drink our fill
You're just a face
But when we untie
the strings that hold you hostage to desire
Then
We turn to stone
We turn to stone
Posted by Andrew Savage at 10:37 AM